Our Caribbean Adventure: Part 10. Union Island and We Are Almost to Grenada

After the Grenadines, we headed to Union Island, the last in the St. Vincent chain.  From Saline Bay we sailed in moderate winds to Chapman Bay.

Chapman Bay is on the west side of Union Island, lying behind a substantial hill that helps block the easterly component winds.  But don’t be deceived.  The wind can howl down the slopes and come out of a small valley at the north east edge of the bay, at up to 50 knots.  There is not enough fetch to create significant waves, and our anchor held firm in the sand, but we used 185′ of chain in 15′ of depth and the 25′ snubber stretched tight many times over one particulary blustery day.  The guide 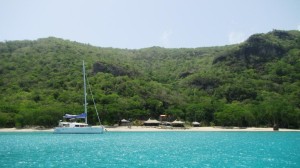 books recommend anchoring in the north part of the bay but while snorkeling we saw coral heads and big, big boulders in that location, not to mention nearly all the 10-15 boats.  We moved to a big, open, flat sandy spot in front of the little “resort” and had no one else near us.  It was very nice. 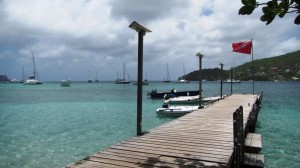 mostly exposed to the east winds and can be quite rough.  Plus, those anchorages have been the location of several break ins and thefts of cruising boats.

Union Island is the place to check out of St Vincent on the way south, or check in on the way north.  The Tobago Cays are east of the island but we did not go due to the moderate to high winds pounding the unprotected anchorages.  The books say the Park is beautiful, but crowded, and those impressions were confirmed to us by 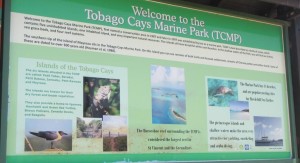 The town of Clifton has an airport and a small Customs and Immigration offices in town and at the airport.  If the town office is not open, you need to walk to the airport, about 10 minutes away.  However, our experience  at both places was less than pleasant.  The officers at the airport were rude, and the officer at the Clifton office was rude and abusive.  I made the mistake of forgetting my pen when I visited the Clifton office and asked to borrow one.  I was given an ink refill and made to fill out the multi page NCR forms while holding tightly to the bare refill.  It was absurd.

Most of the people in Clifton are friendly and there are cute shops and stalls and places to buy fresh fish and produce.  The grocery store had sparse inventory.  We enjoyed staying in Chapman Bay heading south and again on the trip back north.  There is some snorkeling in the north part of the bay, but nothing great.  The beach is beautiful.

From Chapman Bay we moved south to Grenada, and stopped in the town of Hillsborough on Carriacou  to clear in to Grenada.  We anchored off the commercial pier and I first visited the Police Station

(and jail), then went to the dock to see the port office.  Everyone was friendly and efficient but it still took about an hour due to under-staffing and several other skippers ahead of me.

Hillsborough Bay is open and fairly windy and bumpy, and not scenic or appealing.  So we decided to move to the Park at Sandy Island and get a mooring. 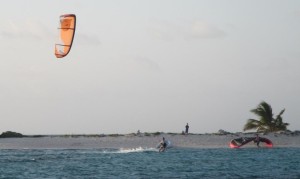 It was very windy, with 3′-4′ waves but the mooring held and we bounced around until things settled a bit after dark.  We were able to get ashore on the little island and experience some of the finest, powdery white sand we saw anywhere.  The snorkeling was quite good even though it was a bit rough.  You can wind your way in and out of the coral and see many different fish and rays.  We also enjoyed seeing some kite boarders launch themselves off the beach and haul ass back and forth in the 20+ knot winds.  Very impressive.

We only spent one night on the mooring.  We found out later from other cruisers that the moorings were not well maintained and not wholly reliable, so it seems we were lucky that nothing went amiss.  It would be a beautiful spot in fair weather with light winds.

Our next stop was Tyrrel Bay,

This is a popular anchorage, with some relatively long term occupants.  But its a big bay, with plenty or room.  There is a boatyard that is popular, with a good reputation for quality work, at fair prices. 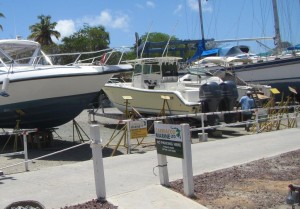 You can buy fuel at the little marina, and even spend the night at the dock if you wish.  The “town” is not much at all but its a decent walk along the road or the beach for some exercise.  One caution to pet owners.  There have been several reports of dogs dying from eating poison 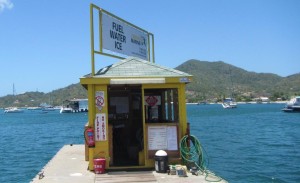 places along the road and the beach, to kill stray dogs that bother the resident goats.  The poison is a potent nerve toxin, that kills quickly.  If you have a dog, either do not go ashore with him/her, or keep him/her on a very short leash and be extremely careful!  We heard several sad stories during our stay in Grenada.  The country is not pet friendly.

Tyrrel Bay now has a Customs/Immigration office in a building at the marina/boatyard. 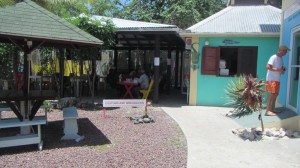 We used it to check out of Grenada on our trip north in 2016.  However, we were very surprised to find that the officers were exceedingly rude and downright nasty.  It was the second most unpleasant government experience we had in the Caribbean.  No doubt, others have had good experience at that office with different personnel but ours was awful.  I got yelled at for moving a chair next to the officer’s desk so I could sit to fill out the forms, and yelled at again for leaning on the shelf I then used for that process.  It was really bad.

Don’t count on a lot of provisioning in Tyrrel Bay.  Do that at the big stores on the main island of Grenada.

Our  final destination southbound was the island of Grenada, where we found some amazing snorkeling, friendly people (who actually like U.S. citizens) and an excellent boatyard.  Check back for Part 11 and a recap of our Grenada experience.